Beavers UpdateThe beavers haven't disappeared!!Please click on the link below to get the latest news on our furry friends.
http://www.devonwildlifetrust.org/ 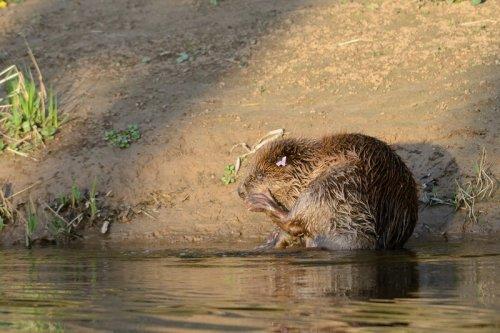 We are thrilled to announce the news that we will be sponsoring a barrel again this year. The sponsorships provide vital funds to ensure this unique tradition continues.
We are also delighted that we will once again be operating a bar at the entrance to our driveway. All monies raised from the sale of our local drinks are shared between the Rotary Club of Otter Valley and the Ottery St Mary Cricket Club.
We look forward to another spectacular evening on Thursday November 5th 2020.

For room availability please contact us directly by phone : 01404 812752 or by email :reception@tumblingweirhotel.com

This festival is a not-for-profit, free event organised by a group of locals enthusiastic about local food and drink. The date this year is Saturday 1st June, with some events taking place the night before.

Pixie Day is an old tradition that takes place in Ottery St. Mary each year. It's always the Saturday nearest to Midsummers Day on June 24th.

The day commemorates the age-old legend of Ottery St Mary's infamous 'Pixies' being banished from the town (where they caused havoc) to the local caves know as 'Pixie's Parlour'. The story goes that they are remembering the time when they ruled in Ottery and they try to prevent the church bells from ringing.

The celebrations begin in the early afternoon when a large fete opens on the Land of Canaan. As evening approaches the celebrations focus on Ottery's town square. Hundreds of 'Pixies' (made up of local Cubs and Brownies dressed in pixie attire) capture the St. Mary's church bell ringers and drag them from the church to the square, where a re-enactment of the pixies' banishment takes place.

The Pixie Day evening climaxes back in the Land of Canaan where Otterys favourite entertainment in the form of a huge fireworks display usually takes place.

Beautiful Days is a music festival that takes place in August at Escot Park, a ten minute drive from the hotel. The dates this year are Friday 16th - Sunday 18th August. The Festival was founded by and is managed by the band The Levellers, and this years line up includes:Ziggy Marley, Ash, Seth Lakeman, Steeleye Span, Kate Rusby and many more great acts.

Towards the end of October the streets of Ottery St Mary are lit up as the annual carnival takes place. The procession of magnificently adorned floats are a fantastic spectable and it's a fun night out that that all the family can enjoy. The carnival raises much-needed cash to support the town's Flaming Tar Barrels event in November.

By far the biggest event in the Ottery calendar is the Tar Barrels which usually takes place on the 5th November. On this day the streets of Ottery are lined with food and drinks stalls and 1000's of people come in to town view the spectacle of the flaming tar barrels being passes through the streets.

This insanely dangerous custom is said to have originated in the 17th century, and is held each year. The day begins at 6am with the firing of the hand held cannons, which continue to sound throughout the day leading up to the start of the first barrel at 4pm.

The first to go are the women's and boy's barrels, but as the evening progresses the barrels get larger and by midnight they weigh at least 30 kilos. A great sense of camaraderie exists between the 'Barrel Rollers', despite the fact that they tussle constantly for supremacy of the barrel. In most cases, generations of the same family carry the barrels and take great pride in doing so. It perpetuates Ottery St Mary's great sense of tradition, of time and of history.

Opinion differs as to the origin of this festival of fire, but the most widely accepted version is that it began as a pagan ritual that cleanses the streets of evil spirits.

It is an incredible night to remember - one of the biggest bonfires in the South West is ignited on the banks of the River Otter and behind it are the flashing neon's of the annual fun fair.